While global warming is threatening our planet more and more, some cities in America have decided to take action. And with good reason. Living in one of the greenest cities in America can offer a better quality of life. These cities are trying to reduce gas emissions, improve air quality, and encourage citizens to adopt sustainable living. They provide alternatives to public transportation, healthier foods, garbage reduction, and recycling options. So if you are looking to move to a more environmentally-friendly city, here you can find some of the best options. Read on to see which city is the best suited for your green lifestyle.

Even though it may come as a surprise, San Francisco has consistently ranked first and second among the greenest cities in America. However, if you look at the statistics, you will notice that this city provides the best transportation system in the country. Furthermore, even taxis use alternative fuel, and the streetcars and trolleys are almost entirely pollution-free. In addition, laws in the Golden City request residents and companies to separate, recycle and compost their trash. As a result, San Francisco has achieved a high percentage of recycled municipal waste – over 70%. We can only applaud these achievements and hope that more metropolitan cities in America will follow this example.

The state of California provides us with a second city to include in our list of green cities: sunny San Diego. And we mentioned the sun for a reason. America’s Finest City has the best position to benefit from all renewable energy sources. There is lots of wind, plenty of sunlight, and the Pacific Ocean by its side. It’s no surprise that it was the first city to commit to a 100% renewable energy transition by 2035. The vow was made in 2015, with significant progress since then. Increasing the number of electric vehicles in public transportation, for example, and the number of electric vehicle charging stations. Overall, San Diego has done a great job of reducing municipal energy use. All that remains is for more companies to try to make their businesses more eco-friendly. After all, environmental awareness shouldn’t be only the municipality’s concern. 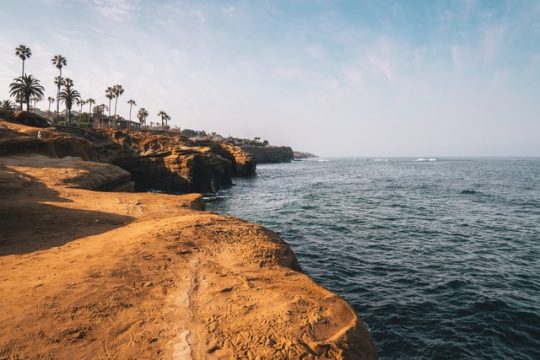 This US city has the most environmentally conscious residents. People here like to think and act in an eco-friendly way to preserve their piece of heaven. And they do have something to protect. Honolulu is full of green spaces like parks and reservations, where tourists and locals can surround themselves with nature. In addition, the local farmer’s markets are so popular that you can shop at them even at night. Now isn’t that wonderful and helpful for maintaining a healthy diet?

The nation’s capital city was ranked fourth in 2019 among the greenest cities in America. And as a plus, it was the only city that wasn’t from the West Coast. And it’s no wonder when you look at the 100 million square feet of LEED-certified space and the country’s first LEED-certified baseball stadium. Furthermore, DC is the most bicycle-friendly city in the US and ranks seventh in terms of walkability. In addition, there are more farmer’s markets in Washington, DC than in any other city and more green space per capita than in other large cities. If you decide to visit or even move to this wonderful green city, make sure to rent a storage unit to ensure the safety of your belongings. You wouldn’t want anything to ruin your impression of this eco-friendly place. 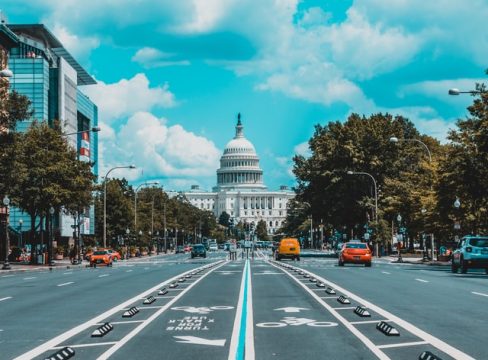 With one of the highest numbers of LEED buildings in the country, Seattle’s high ranking among the greenest cities in America is no surprise. Also, the determination to keep trash to a minimum and the mandatory recycling ordinance are helping Seattle become more sustainable. This city recycles everything from grass and leaves to cardboard delivery boxes and even food waste. Furthermore, since 2021, Seattle residents are obliged to carry their own grocery bags to the store, as plastic bags are outlawed. So, it is no wonder that the recycling rate has grown by 14% in the last 20 years. And it will only get better thanks to the commitment that Seattle has made to cut food waste by as much as half by 2030.

Although Louisville is not at the top of our list, we must highlight it because of its efforts in recent years to minimize its carbon footprint. One of the city’s outstanding achievements was the establishment of a fleet of low-emission taxis. In addition, a local NGO offers residents 30$ per tree that they plant in the city. And, another NGO has managed to plant 1000 trees a year in the less wealthy neighborhoods. Therefore, the city’s air quality has risen at the same time as the number of green areas. Moreover, the municipality is encouraging the residents to find better cooling solutions. For example, the city is offering 1$ for each square foot of cooling roof that helps reflect heat.

In a word, Louisville offers a fantastic example of how you can motivate people to adopt a more ecologically responsible lifestyle.

Over the years, this city has proven that using solar panels is the way to go. There is a Solar and Energy Loan Fund that people can access that helps them make their homes more environmentally-friendly. This campaign not only raises environmental awareness but also helps consumers save money on their energy bills. Carbon dioxide emissions, for example, have been cut by about 1000 metric tons in the last ten years. Also, the city’s solar energy production manages to power 10% of the electricity demand. Solar panels are a terrific way to make the most of Orlando’s many sunny days. 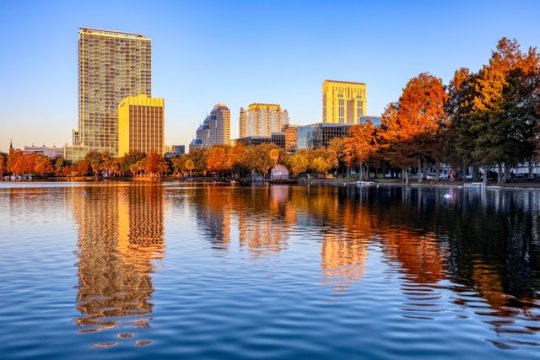 Environmental awareness is gaining more and more popularity. Even though things are progressing more slowly in some of our communities, the path that municipalities are taking is a healthy one. So we can only hope that soon we will have a much longer list of the greenest cities in America.

How the Pandemic Triggered the Growth of E-commerce

How to Start Selling Your Eco-Friendly Products Online

Eco-Friendly Decorating Ideas for Your Home

How to Make Your Storage Unit More Eco-Friendly